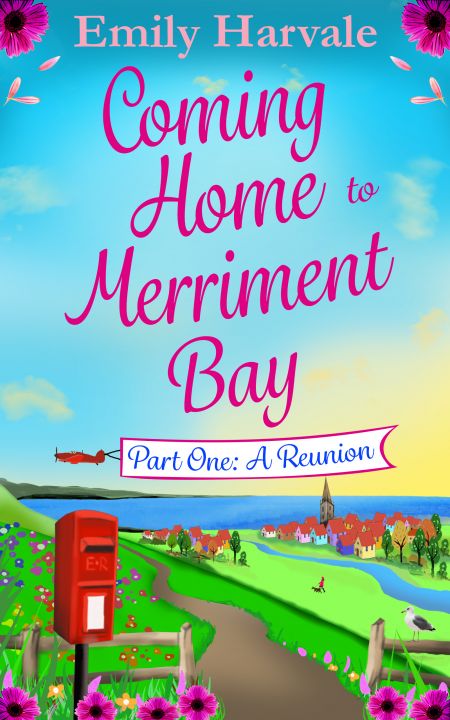 Part One: A Reunion

After eighteen years apart, reclusive Cat Devon still recognises her mum’s handwriting. Plucking up the courage to open the letter, its contents send Cat and her teenage daughter, Kyra racing to Merriment Bay, the seaside village where Cat grew up.

But Cat is shocked to find the situation is worse than expected. Despite everything, Cat considers herself to be an optimist at heart and Kyra takes after her. Looking on the bright side may not improve things, but it definitely can’t make them worse.

Clearing out the house that, even now, Cat fondly thinks of as home, she stumbles upon more than just memories in the battered leather trunk in Granny Viola’s bedroom. She discovers a faded photo of an RAF pilot, a pile of unopened letters, and a mystery waiting to be solved.

Who is the man in the – clearly treasured – photo? Cat and Kyra are intent on finding out. But that’s not all Cat’s determined to do. It’s time she came to terms with her past and made peace with her mum and her gran. All the while avoiding bumping into the one man she never quite got over … and keeping a few secrets of her own.

This is Part One of a new, four-part serial:

This is the start of Emily Harvale's Merriment Bay series which is interconnected to her Wyntersleap series. Each series can be read alone, but several characters appear in both series.