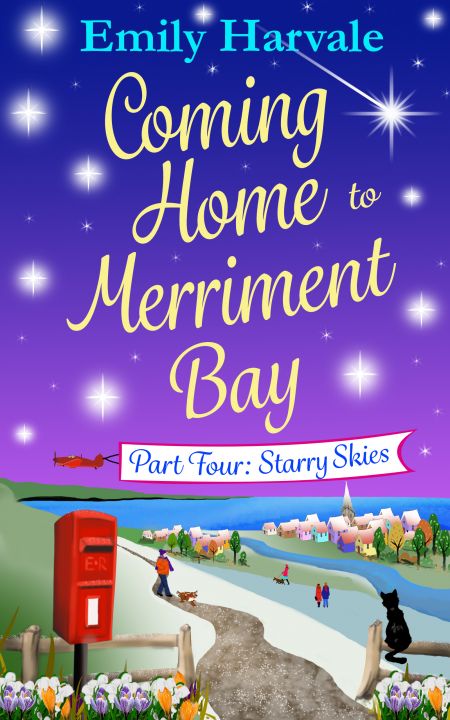 Cat is reeling from the unexpected events of Christmas and as Merriment Bay prepares to toast in the New Year, she’s facing choices she never thought she’d have to make. Her head and her heart are pulling her in very different directions.

Bailey is sitting by Viola’s bedside, regaling everyone with tales from the past but is there any chance he’ll get to see a smile on the lips of the woman he still loves?

Having realised she has made mistakes, will Mary finally tell Cat what she really wants to know?

And what will the New Year bring for Kyra? Will she fulfil the plans she made before she came to Merriment Bay?

When distressing events end more than one person’s dream, can Cat find the strength to fight for the Love she deserves? Sometimes it takes a crisis to make someone realise what they truly want. And Cat has decided what – and who – that really is. But is she too late?

This is Part Four of a new, four-part serial:

This is Book Four of Emily Harvale's Merriment Bay series which is interconnected to her Wyntersleap series. Each series can be read alone, but several characters appear in both series.