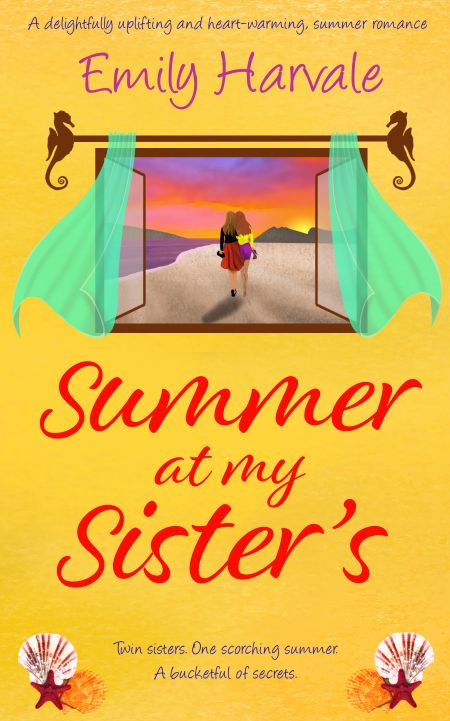 Twin sisters. One scorching summer. A bucketful of secrets.

Diana’s life is perfect. Her twin sister, Josie’s – not so much.

Diana has a rich and successful husband, two talented youngsters and an adorable dog. She always looks as if she’s stepped from the cover of a magazine. Her immaculate second home by the sea, for idyllic summers with her perfect family, was actually featured in one.

Josie has a messy, compact flat, dates, but not relationships, and she can’t even keep a houseplant alive. She moves from job to job, goes clubbing with her friends and often looks as if she’s fallen through a hedge.

Although Josie loves Diana deeply, each year she declines the invitation to spend the summer with her sister. Or any other family holiday. Because Josie has a secret.

But is Diana’s life so perfect? Or is she also hiding something? When secrets are revealed this summer, everything will change. Josie could finally have the life she’s always wanted … if she’s brave enough to take a chance.

This is the first book in my new series of standalone books set in Seahorse Harbour.