How to choose a book title

The title of a book is important. Perhaps not quite as important as the cover and definitely far less important than the actual book content, but a title can help a potential purchaser to decide whether she or he wants to buy the book in the first place. It can give an indication of the type of book the book-buyer is going to get - or it may not. More than once, I've been told about a book and when I've searched for it on line, I've discovered that it wasn't what I'd expected. The cover can sometimes give a clearer indication. You'll see from the cover for my 'summer' book, It Takes Two that it shows it's a romantic comedy about relationships. At least I hope it does. 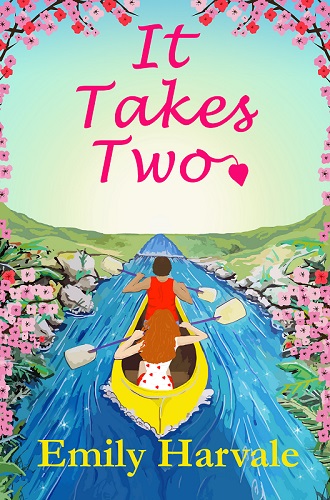 We're often told that a decision on whether or not to purchase a book, is frequently made based entirely on the cover. I don't know if that's true or not. For me, it's a little bit of both, but it's mainly about the content. I always read a page or two and if I like what I've read, I'll read on and then I'll buy. But a clever title, or a catchy one, or a cosy-sounding one will sometimes make me go and look for the book to find out more. So how do authors, agents, writing groups, editors, marketing people and/or publishers, come up with these titles?

Judging by the number of titles featuring the word 'Girl' over the last few years, it seems to be based purely on what else is selling shed-loads in the marketplace. It's not quite that simple, of course, but market influences have led to title changes for several authors. When an author is writing their book, they will usually have a 'working title' for their manuscript. It could be as simple as 'new book' or it could be a title they have spent hours mulling over until they felt they had found the perfect one to bring their book into the world. The working title is, in my experience and from chatting with author friends, unlikely to ever see the light of day come publication. The final title may not even be one they like. Some authors have little say on the matter. Several titles, you'll probably have noticed, are actually song titles. Lyrics are copyrighted but song titles aren't. You'll sometimes see the same title on many different books. Some people moan vociferously about this, but it really can't be helped. They probably weren't the first to use the title and they definitely won't be the last. Book titles aren't copyrighted either and there are so many books out there that it would be impossible for someone to check for identical titles every minute of the day. Even if someone did, many months can pass between choosing the title and actual publication, so that fabulous title that hadn't appeared in any search, may suddenly pop up like rabbits. 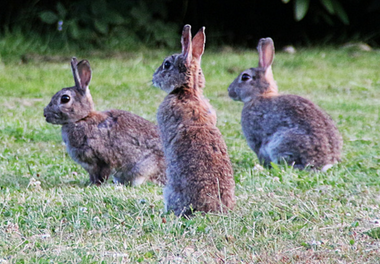 I've just finished my new, Christmas book and the working title was 'Secret Santa' - for reasons that may or may not become apparent when you read the book. I knew it wasn't going to be the final title and after lots of discussion, it was changed to 'Christmas Secrets', but we weren't quite sure about it so we decided the best thing to do was to ask my loyal readers what they thought. I've got a wonderful group of lovely readers on Facebook. It's a new group and was set up in addition to my Readers' Club newsletter. It's called, 'Emily Harvale's Readers' Club', and if you love my books, you can ask to join. Sorry. Went off on a bit of a tangent there.

Anyway, we ran a poll in the group and gave six choices. We also told them a little bit about the book and said they should feel free to let us have their own suggestions if they didn't like any of the variations of the titles on offer. It was a fun - and interesting - exercise, and it was extremely helpful. Afterwards, we gave a 'prize' to one lucky winner as a little 'thank you' for taking part. I wish we could have given them all a gift, but there'll be other opportunities to do that in the future and because they're all so lovely, they had been keen to join in, in any event. I'd like to say another huge THANK YOU to them right now.

So that was how we finally picked the title for my Christmas book and it'll be out in October.

'Fascinating,' I hear you say, without the faintest hint of sarcasm in your tone. 'Are you going to tell us the title of your Christmas book?'

I love it. It's warm and cosy. It gives an indication of what the book is about and it lets you know that it's definitely NOT a murder mystery ... I hope. The cover is absolutely gorgeous. You'll have to wait until my cover reveal to see that but I'll be telling you more about Christmas Secrets in Snowflake Cove, very, very soon. In the meantime, here's a little 'teaser' from the draft cover.

How important are book titles in your opinion? Do you like the new title of mine? Please say you do. You'll make me - and my wonderful readers - extremely happy.

No comments made yet. Be the first to submit a comment

By accepting you will be accessing a service provided by a third-party external to https://emilyharvale.com/