I'm not sure I've totally grasped the subject of genre. Here are a few definitions, as I understand them:

Paranormal mystery - My life.
Romantic Comedy - My love life.
Gothic Horror - My reflection, first thing in the morning.
Cosy Crime - My cooking ability.
Thriller - My shopping trip to Sainsburys.
Fantasy Fiction - My life, as described by my friends.
Historical Romance - The best years of my life.
Memoir - Something to do with my life ... I can't remember what.

I do hope that was helpful.

Finally, after several delays and schedule changes, here it is: the cover for 'A Slippery Slope'. And I'm sooooooo excited! It won't be out until next year but I've been wanting to reveal the cover for months, so it's been a very long wait for me!

You'll probably remember that I wrote the first draft of this book in January 2013 and the summary was at the back of my July release, 'Sailing Solo'. The problem was (as most of you know) this year I've had to have four ... yes four, operations, two of which were rather sudden, so my schedule has taken a bit of a bashing, as well as my body.

So that's it. 'A Slippery Slope' will now be released in April 2014, more than a year after I wrote the first draft! That's a novelty for me. The back cover summary is on my books page, if you haven't already read about the book in the back of 'Sailing Solo' or 'Carole Singer's Christmas' - it's in both. I couldn't wait any longer to show you the absolutely gorgeous cover though. I'll admit it: I'm in love with this cover. I hope you like it as much as I do. Without further ado, here it is. Ta dah!

I'm very excited about this, especially as I absolutely looooove Christmas. So let's have a peal of silver bells please and sing along with me to, It's Beginning to Look a Lot Like Christmas and I'll unwrap the cover of my fifth humorous romance, Carole Singer's Christmas.

The ebook and paperback will be available to buy on Amazon at the end of October but without further ado. Here it is.

I just want to wish you all a very Merry Christmas and a Happy New Year. 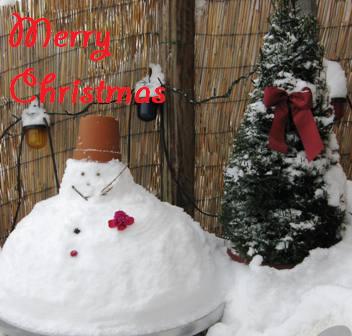 I hope your Christmas is filled with happiness, love and laughter.

For those who don't celebrate Christmas, I wish you a happy time.

The Valentine Present and Other Diabolical Liberties, online launch party.

I love a party; any party, anytime, anywhere but there's something rather special, in a weird sort of way, about an online virtual party. And when it's an online virtual party to launch a new book, well, that's very special indeed. So as you can imagine I was particularly thrilled when the very funny - as in funny ha,ha (wasn't she an actress or something?) not as in funny peculiar - Lynda Renham, asked me if I'd like to take part in the online launch party for her new book, 'The Valentine Present and other diabolical liberties'. Don't you just love that title?